Tribute to the Pied Piper of Saipan 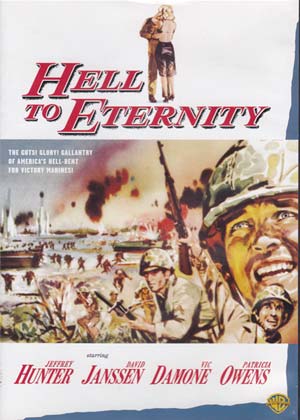 A Tribute to the Pied Piper of Saipan

The True Story of a World War II Hero

Professor Greg Robinson and Catherine will tell the story of the Pied Piper of Saipan, Guy Galbaldon.  A young Mexican American man is adopted by a Japanese American family in Los Angeles.  Growing up in East Los Angeles, young Guy learns to speak Japanese and comes to love the Japanese culture of his family.  After the attack on Pearl Harbor, young Guy lies about his age and joins the Marines.  The Marines send this Japanese speaking Mexican American to the Pacific Theatre.  At the age of 18, this Marine captured or persuaded to surrender more than 1,300 Japanese soldiers and civilians during the Battles of Saipan and Tinian Island.  He repeatedly risks his life to save his fellow Marines.

In 1960, the movie, Hell to Eternity, was released.  Hell to Eternity was the first movie to chronicle the unjust treatment  of Japanese Americans during the War.  The movie will be shown followed by a talkback.

A native of East Los Angeles, Catherine was the childhood friend of the children of the Pied Piper.  Through Mr. Galbaldon, she was introduced to the experience of Japanese Americans in the San Gabriel Valley.  Her involement with Japanese Americans was rekindled many years later with the discovery of letters written by young women who wrote poignant letters from their internment camps.  Their alma mater, Mills College, was very supportive of her students and preserved their letters. The letters reflect the resilience of these young women taken from their communities to isolated camps around the country.  Catherine has turned these letters into plays and programs.  Catherine is a graduate of Mills College and Harvard University.

The Day of Remembrance marks the day of February 19, 1942, when President Franklin D. Roosevelt signed Executive Order 9066 which led to the incarceration of more than 120,000 Americans of Japanese ancestry.