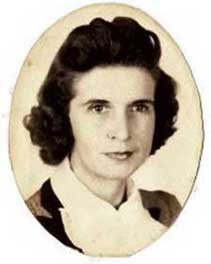 Eva Lee Brown was born in the farmhouse her Papa built for her mother, Vanessa Nalley. Eva Lee is named for her great Aunt Evie, who always had pearls of wisdom to share with family and friends. The home place, as the Browns called their family home, was located on land that had been in the Nalley family for generations. The Nalleys and the Browns had been in the Piedmont of South Carolina long before there were two Carolinas.

Eva Lee was just five years old when her beautiful mother, Vanessa, died in childbirth. Eva will long recall the sight of her mother lying in the old iron bed, her long hair flowing to the floor as she whispered her dying wish to her young daughter.

Eva Lee became the caregiver of the family despite her young years. She will tend the house and look after her younger brothers and sisters.

Yet, Eva has dreams of her own…Aunt Evie always said, “Hitch your wagon to a star.” 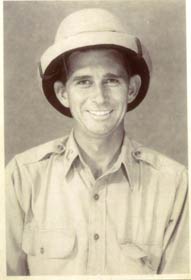 William George Brown is the brother of Eva Lee. Brother Bill was only three when his mother Vanessa died giving birth to “Baby Vanessa”.

Bill was a tall, scrawny young man devoted to his sisters and father. Inquisitive, intelligent and gentle, Bill worries about the farm and is concerned about how they will be able to bring in the crops and pay their debts.

Bill will leave South Carolina in 1939, to find work in Washington, DC – there was a lot of building going on in those years. War is declared. Bill is drafted into the Army, rising to the rank of Lieutenant.  Bill will survive the worst at-sea disaster in American military history.  An event that forever changed his life.  To learn more about this tradegy, visit www.rohnasurvivors.org. 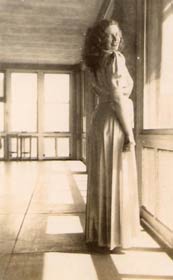 Mae Titherington Brown, a Pennsylvania native, is a beautiful young woman, who will find her love in Washington, D.C. Bill, the tall Southerner with the courtly manners, will find in Mae an equally intelligent and gentle soul. Mae was adopted at an early age by the Titheringtons, an old family from Abington, Pennsylvania.  Mae suffered from tuberculosis. The dutiful Mae waits and worries about Bill and will spend the war years in the Blue Ridge Sanatorium. Bill’s letters home are the only medicine Mae really needs. 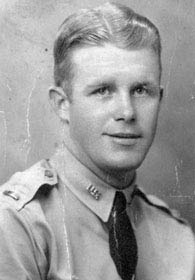 Clifton Barr is the first of the Barr children born in Colorado where his father, Martin Rhett Barr, will seek a new life, leaving the family homeplace.  The Barrs had lived in the same corner of South Carolina for generations and ancestor, Samuel, fought in the American Revolution.Quiet, shy and soft spoken, Clifton only speaks when he has something to say.  Given to introspection, Clifton will often sit in a tree reading a book.  A lover of the outdoors, Clifton joins the Civil Conservation Corps which will lead to his enlistment in the US Army.  Clifton will marry the lovely Avis,  daughter of Brigader General Allen McBride. General McBride will lead American forces in Corrigador. Taken prisoner, the General will die in a Japanese prisoner of war camp.

Though a native Coloradan. Clifton is a son of the South and anxious to know his Carolina kin.  Eva Lee will be the link to his ancestral home.

Carl Nunnelly, a Yankee from Chicago, is the much older man in the life of Eva Lee. A career soldier and WWI veteran, Carl is stationed at Fort Moultrie in Charleston.  Correspondence  between Carl and Eva will abruptly end in 1941, shortly before the attack on Pearl Harbor.  Family lore holds that Carl was a spy, but the handsome, courtly Carl is a mystery man who likes the ladies. 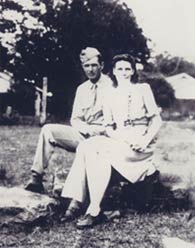 Beatrice Brown, like her older brother and sisters, is devoted to her father and their farm.

Bea will marry James Harper, a family friend.  Like her brother, Bea will leave for the North, settling in Baltimore where James can find work in the shipyards, building Liberty Ships.  James, a skilled welder, will be drafted in 1943.  He will serve in General Patten’s 3rd Army.  James will see action in the Battle of the Bulge where he sustained serious injury. Bea returns home to South Carolina to wait for her man.  She never wanted to leave the South anyway.

Harry Ladnier hails from Los Angeles, where his family has lived since the early part of the 20th 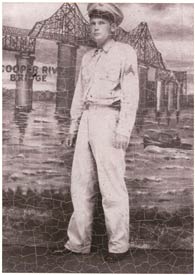 century.  But, Harry has seven generations of Creole blood in his veins.  In 1719, his ancestor Christian L’Adnier landed inNouvelle France with the Expedition of the West and proceeded to help Comte de Iberville carve out French civilization in the swamps of Mississippi.

New Orleans would be the mother city for the Ladniers and there Harry, Senior would meet the lovely Armentine who had just left the Poydras Orphan  Asylum for Girls.

Armentine and Harry head for Los Angeles where Harry could get a job at Southern Pacific Railroad.  Harry is their first born. Learn more about Louisiana Creoles at www.lacreole.org.

Judy Brown Palmer, kid sister, was born Vanessa Eugene. Mother Vanessa dies in childbirth.  And Baby Vanessa goes  to live with her grandparents who promptly gave her the nickname.  Judy will meet the sauve, Richard Palmer, at a USO dance in Greenville, South Carolina.  Richard, known as “Duke”, will serve in France and England, while on the homefront, Judy makes bandages for the war effort. Feisty,  like her Aunt Evie, Judy will share her pearls of wisdom with Eva “Don’t marry a man just because you think he is dependable… you may get fooled!”