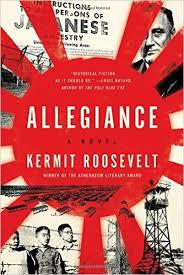 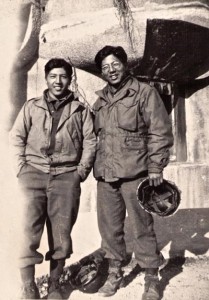 Professor Kermit “Kim” Roosevelt and Catherine will again join forces to present their personal journey with Japanese Americans during WWII.  Kim and Catherine’s program is part of the Anne

Frank Center’s events to honor the 70th anniversary of the end of WWII.  Kim and Catherine  first presented their program at the FDR Library to honor the Day of Remembrance. Since that event in February, Professor Roosevelt’s new novel, AllEGIANCE, has been released to critical acclaim. The Anne Frank Center USA, a partner of the Anne Frank House, uses the diary and spirit of Anne Frank as unique tools to educate young people and communities in North America about the dangers of intolerance, anti-Semitism, racism and discrimination and to inspire the next generation to build a world based on equal rights and mutual respect. The incarceration of more than 120,000 Americans of Japanese ancestry is an injustice that Anne Frank would have fought against. To learn more about the Anne Frank Center, please visit their website www.annefrankcenter.com. Please visit Kim’s tumbir site to learn more about his new novel. Allegiance is now available in bookstores and online. http://pennlaw.tumblr.com/post/126996257224/professor-kermit-roosevelts-new-book-allegiance).