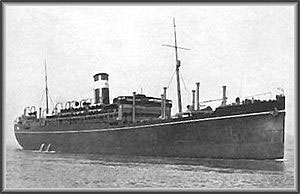 To commemorate the 75th anniversary of the missile attack on the British military transport, the HMT Rohna, the Reunion will be held in Memphis, Tennessee. The sinking of the HMT Rohna is the worst at sea disaster in American history. More than 1,100 American servicemen perished. The largest unit on the Rohna was the 853rd Engineers Aviation Battalion, a new unit formed in Dyersburg, Tennessee.

The Theatre Company of the Dyersburg Historical Society will perform Apron Strings June 22 at 2:30. A talkback with the actors, survivors and family members will follow the performance.